Catherine Chapman is an award winning designer, a published Author and is certified in childhood and adolescent nutrition (establishing healthy eating patterns) She is a certified personal development coach and a graduate of the Institute of Integrative Nutrition (IIN) in New York. She is a holistic health coach and is internationally published with her series of children’s books. 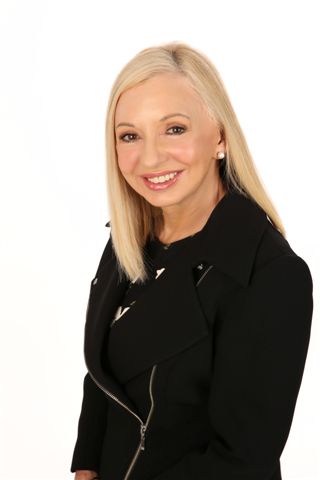 She was born in Edinburgh Scotland and immigrated to Australia at the age of ten. She has two children: a daughter and a son.

Catherine has been interested in nutrition since her daughter was born in 1981. Her children’s father’s family have a history of diabetes. As a result her children have a 50% chance of getting diabetes.

Like most parents, Catherine found it was a struggle trying to encourage her children to eat healthy. One night, while reading bedtime stories to her son she had a vision. She saw brightly coloured fruit and vegetable characters. So that night she sat down and created some fun loving characters. She also wrote stories about the characters so her kids would find them fun and engaging.

She was delighted to find that her kids related to the characters and before long, she found they were happy to eat more fruit and vegetables. It was the recognition of the characters that lead to healthy eating.

Both her children are young adults now and have a sound knowledge of good nutrition, a gift they can pass on to their own children.

Catherine is passionate about helping parents teach their children all the benefits of healthy eating.

It is her passion that has driven her to create this series of characters, aptly named Best Food Friends.

The Best Food Friends website will be developed to help young parents, with helpful tips and ideas as well as great recipes to try with your kids.

Catherine was published in 2007 with a book on healthy eating endorsed by Diabetes ACT. She was involved in philanthropic endeavours with Diabetes ACT for several years. In 2009, she was approached by head of fundraising who had thought of an idea to raise funds by introducing healthy eating characters to the kids at schools and setting them a challenge to eat healthy for a week. She has created three vegetable characters and two fruits – then named them ‘The Take 5 Team’.

One of her characters Posh Pear was created in a life size image and when the author took her to the schools the kids were very excited, Posh Pear was treated like a rock star, even the teacher were excited to have Posh Pear at their schools.

In 2010, The Physical Activity Foundation approached Catherine, they have over 26000 kids participate in their programmes. They were interested in promoting healthy eating and having her characters featured on all their class resources. As well as school visits from the life size characters.

So she added two more characters to the team and renamed them the Take 5 Plus 2 Team. This team of characters challenge kids to eat more fruit and vegetables.

In 2011, Catherine had created another life size character, Busy Broccoli. He was a hip hop dancer and he caught the eye of Francis Owusu, founder and CEO of Kulture-Break. After meeting with Francis they both put together a show with Busy Broccoli and Posh Pear to tour schools teaching children the importance of dance for fitness and healthy eating for life.

The ACT Government Department of Health will also be featuring Busy Broccoli and friends in their Healthy Eating in Schools programme ‘Fresh Tastes’ in 2014/2015/2016.

Catherine believes that Best Food Friends is an idea whose time has come.  She has now created 56 characters in the best food friends series.

The author’s characters have been so well received she decided she would write books about them. She has written and published seven books in the take 5 plus 2 series.

Staying true to the original idea that she visualized while reading bedtime stories to her son in 1990 and the method that taught her kids about healthy eating, her books are about the character’s personalities.

Catherine has found throughout the years of attending schools, that each child will usually favour a character that relates to their personality, that is why she has stayed with the idea of stories based on the personalities of the characters.

There will be more exciting things happening in the future, so add us to your favourites page and come back again soon.

Catherine’s now published in China with her series of books.

Would you like to know more about the Best Food Friends movement?  Sign up to our newsletter and receive a Free Healthy Eating Recipe for you to enjoy with your kids.

Want To Get Three Free eBooks?

Get three of our eBooks absolutely free when you join the Best Food Friends Movement.

Thanks, we will send you a recipe shortly!